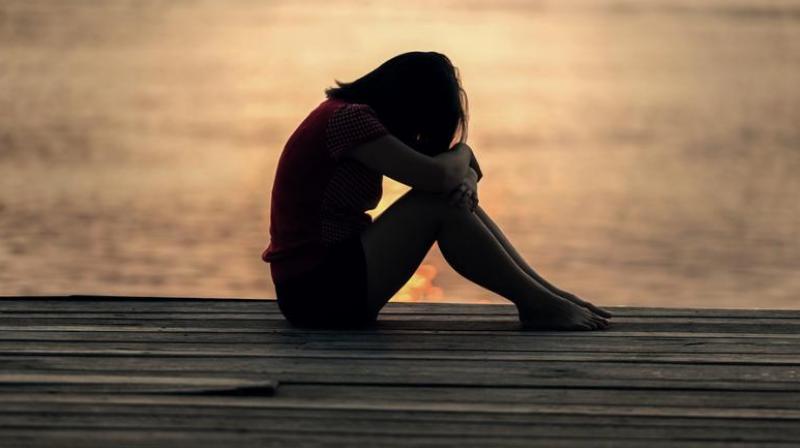 A lot of cultures and religions have rigid rules around menstruation.

In India, those who perpetuate the taboo sometimes give it a positive spin, saying it’s a way to protect women. “The original idea may have been to give women a break because they used to do a lot of strenuous manual work.”

Menstruation taboos still have firm roots in Indian society was revealed in a study by the Tata Institute of Social Sciences (TISS).

The study used data about 97,070 girls collected by 138 earlier studies on menstrual practices in India, between the years 2000 and 2015.

“There is a mindset that women are impure especially during her periods. The most disturbing thing is women themselves believe that.”

Such taboos about menstruation present in many societies impact on girls’ and women’s emotional state, mentality and lifestyle and most importantly, health.

Young girls often grow up with limited knowledge of menstruation because their mothers and other women shy away from discussing the issues with them.

But these days, more and more people are starting to question such superstitions.

We get it. Details of blood can make everyone a little shy, so we thought it might be helpful to try to clear a few things up about menstruation.

Remember when we got the infamous talk about sex, hair, odor, and other bodily changes that signaled puberty is coming? I was in middle school when the conversation turned to ladies and their menstrual cycles. Somehow one of the boys in our group thought that women were always on their periods. As in, we bled forever. Yeah, no.

Here are eight myths people need to get straight — as in, forget. 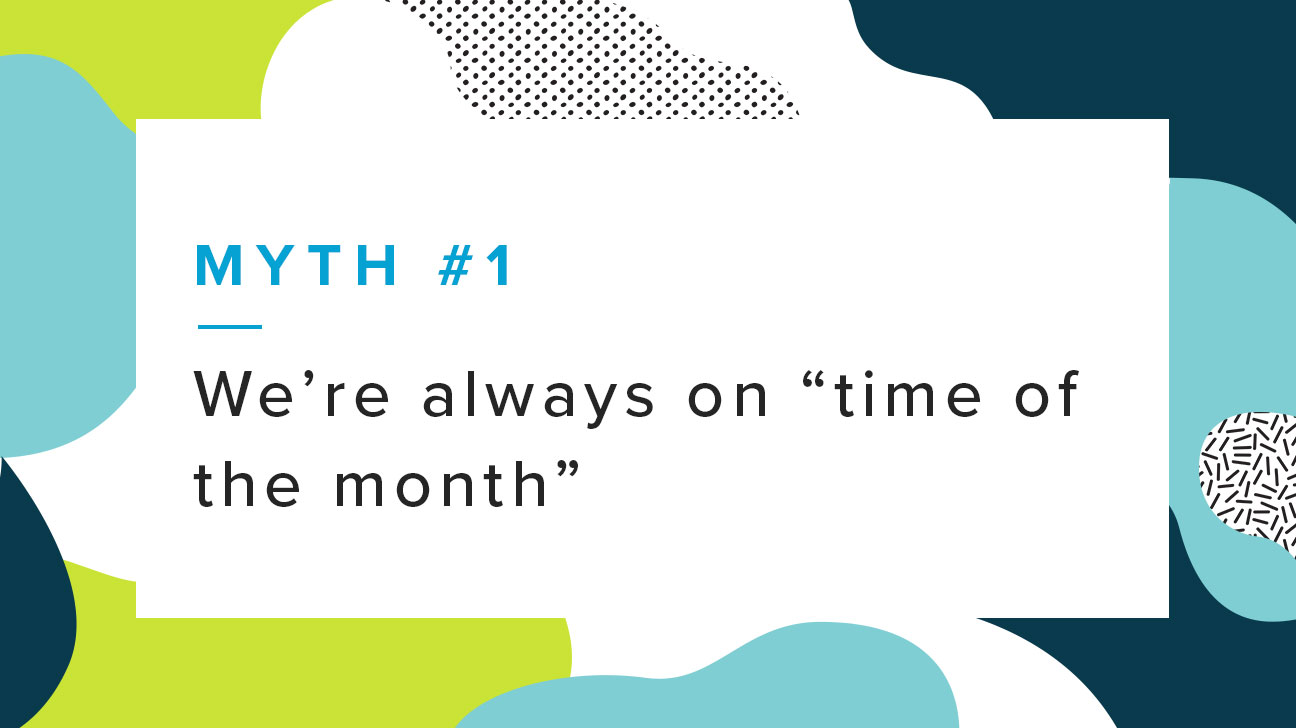 Although it’s widely circulated that a woman’s menstrual cycle is 28 days long, that’s only an average number. Some women’s cycles are much longer, from 29 to 35 days, and others can be shorter. Situations like travel, weight fluctuation, emotions, and medication can all affect when a woman’s period occurs, too.

So, comments about how women are “always on their time of the month” aren’t appreciated.

Every period is like every woman — unique to the individual.

Myth #2: The pain of a period is ‘just like’ anything you’ve experienced 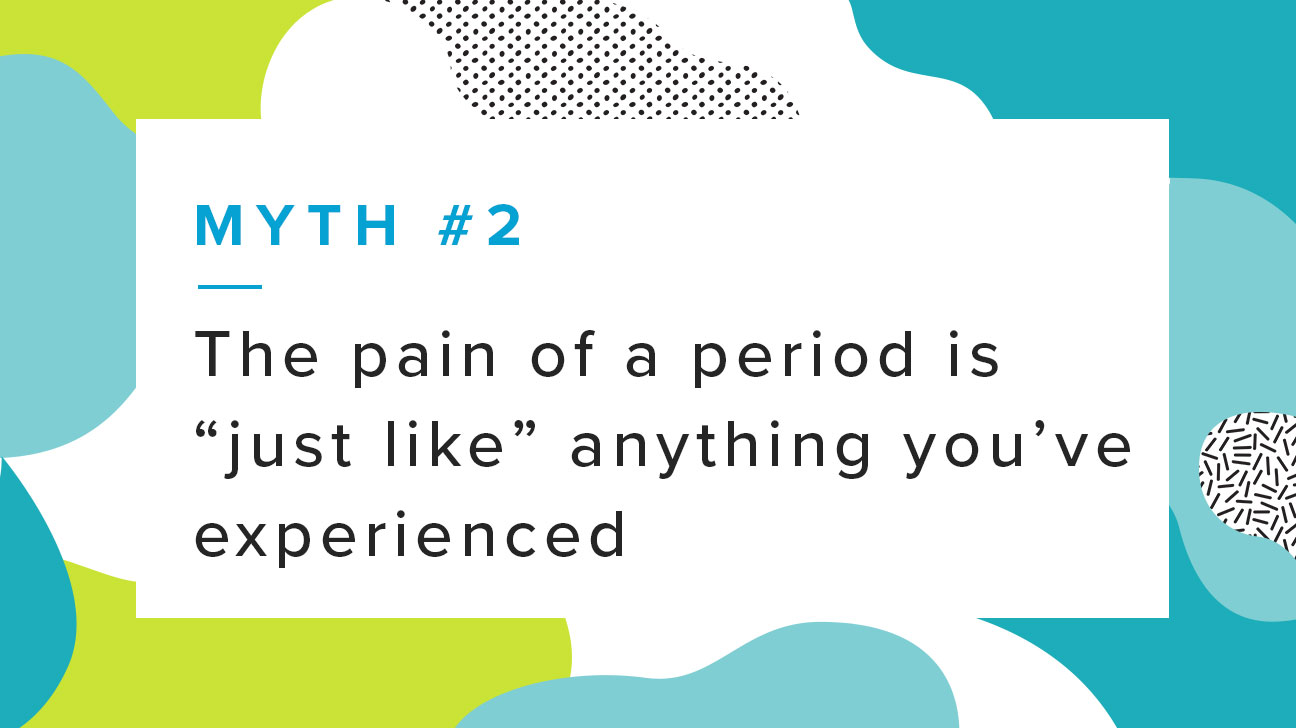 The pain we get during a period is real. We’re not talking about headaches or bumping into sharp corners. Some of us have to take off work and curl up in bed, hoping the pinching cramps will subside because it’s that bad.

This condition even has a medical name: dysmenorrhea. In fact, around 20 percent of women have dysmenorrhea that’s severe enough to interfere with the activities of daily living. It affects our ability to concentrate, makes us more anxious, can make us downright unpleasant, and it’s also not anything you’ve experienced before.

Myth #3: It’s okay to dismiss our feelings when we’re on our period 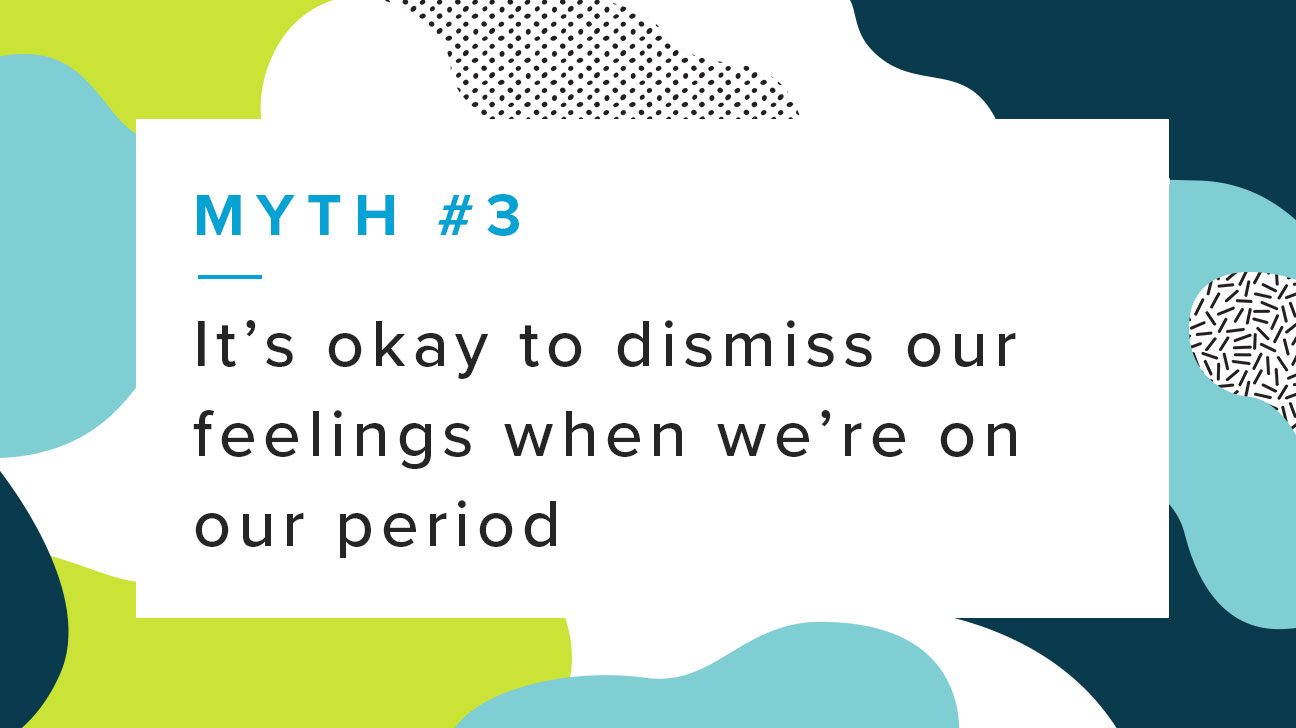 There’s a very real physical change in a woman’s body during this time. In the days leading up to a woman’s period beginning — when she’s “PMSing” — her levels of estrogen plummet, while her levels of progesterone take a sharp increase.

Estrogen is linked to serotonin, the “happy hormone,” and progesterone is linked to the part of the brain that causes fear, anxiety, and depression.

It may be tempting to write off seemingly drastic changes in moods as “just hormones,” but mood changes caused by hormones are still real. It may happen on a more monthly basis for us, but it doesn’t invalidate our feelings. 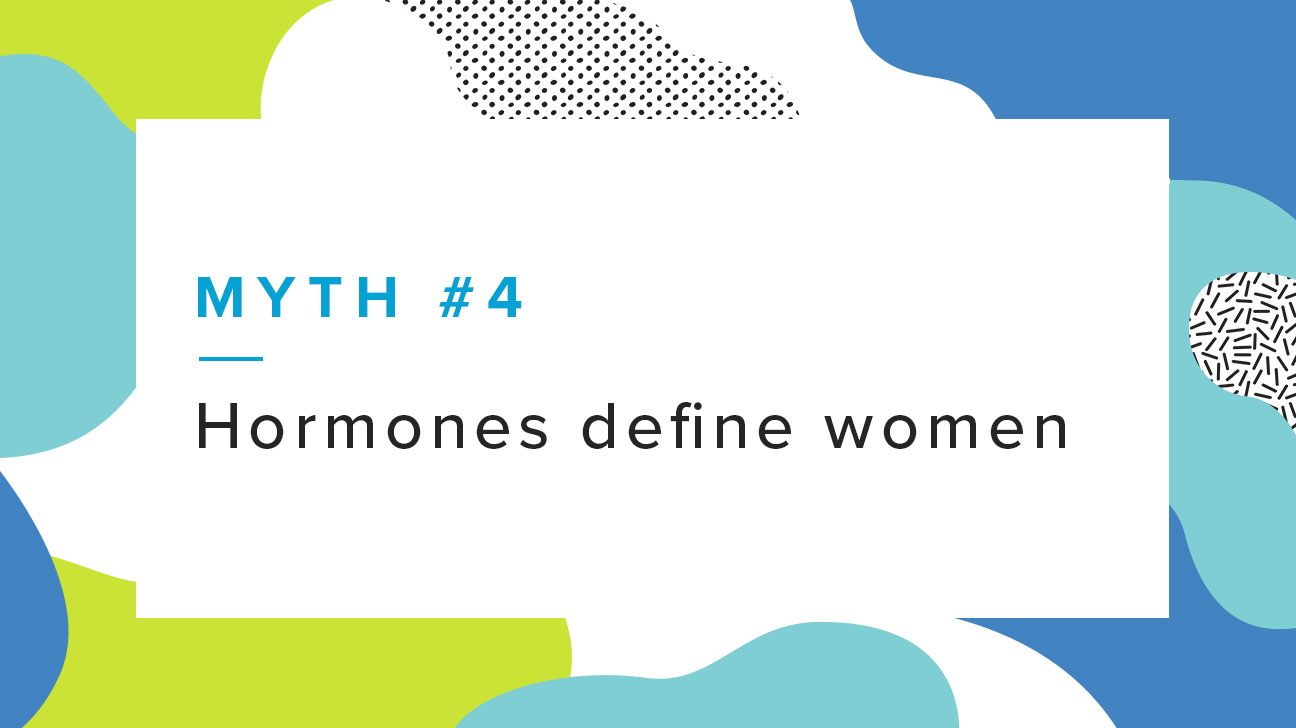 Speaking of hormones, women have been accused of being “hormonal” for a long time. Men have even created a fake disease (hysteria) to explain female behavior, but news flash: Everyone has hormones, and nobody likes them to be messed with. Even men.

Just take a look at this study on male contraception, which was discontinued because participants couldn’t handle contraception’s side effects of acne, injection pain, and emotional disorders … which are also side effects women accept as a package to birth control, even if it negatively affects our overall well-being. 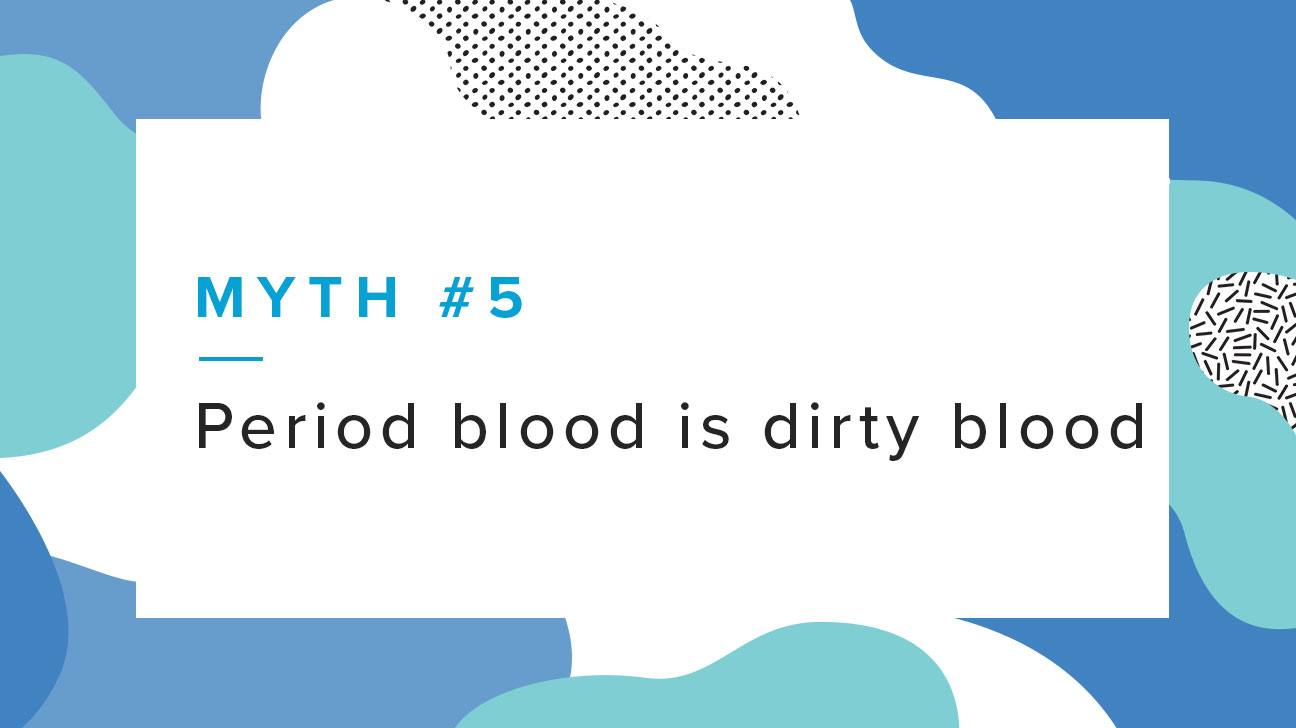 Period blood isn’t rejected body fluids or the body’s way of flushing out toxins. Think of it as evolved vaginal secretion — there’s a little bit of blood, uterine tissue, mucous lining, and bacteria. But it doesn’t change whether or not we can have sex, nor does it mean conditions are less than ideal down there.

This kind of monthly blood is very different from the blood that runs in veins. In fact, it’s less blood. Period blood has fewer blood cells than ordinary blood.

Myth #6: Only women get periods 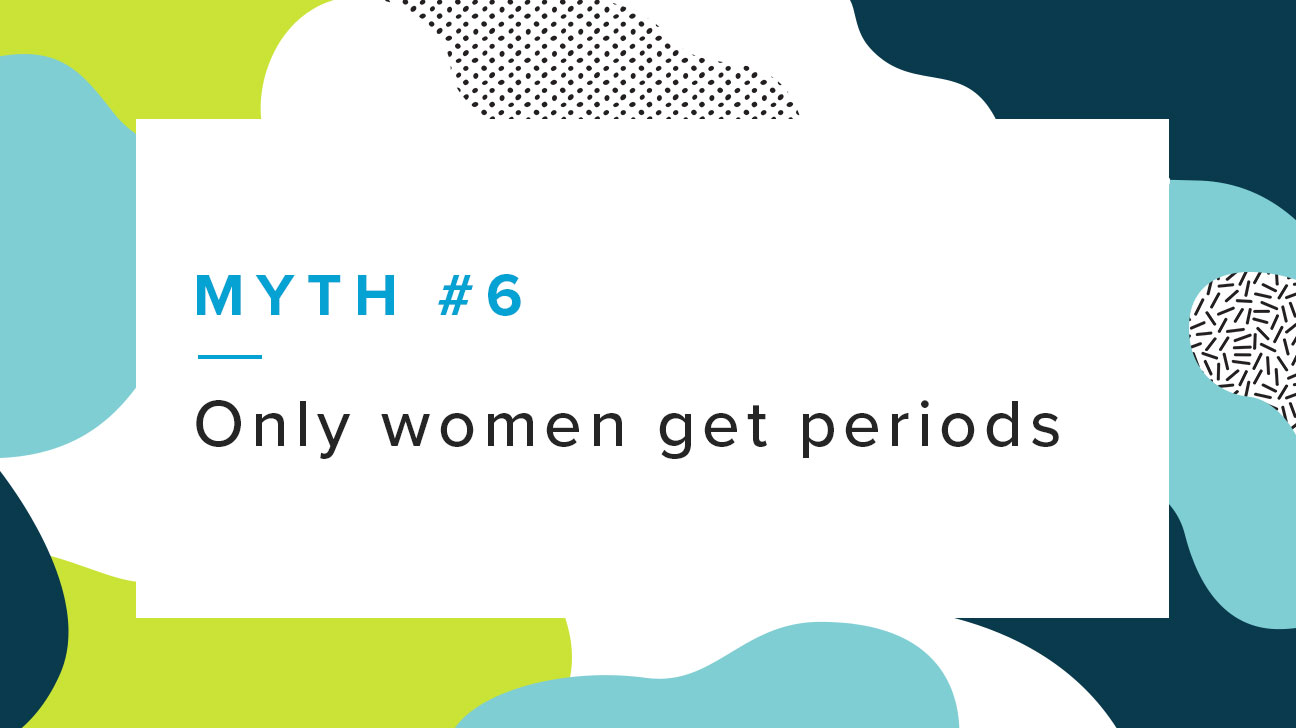 Not every woman gets her period and not every female who gets a period considers themselves a woman. Transgender men may still get their periods, just as transgender women might not have periods.

Myth # 7: Periods are a personal issue 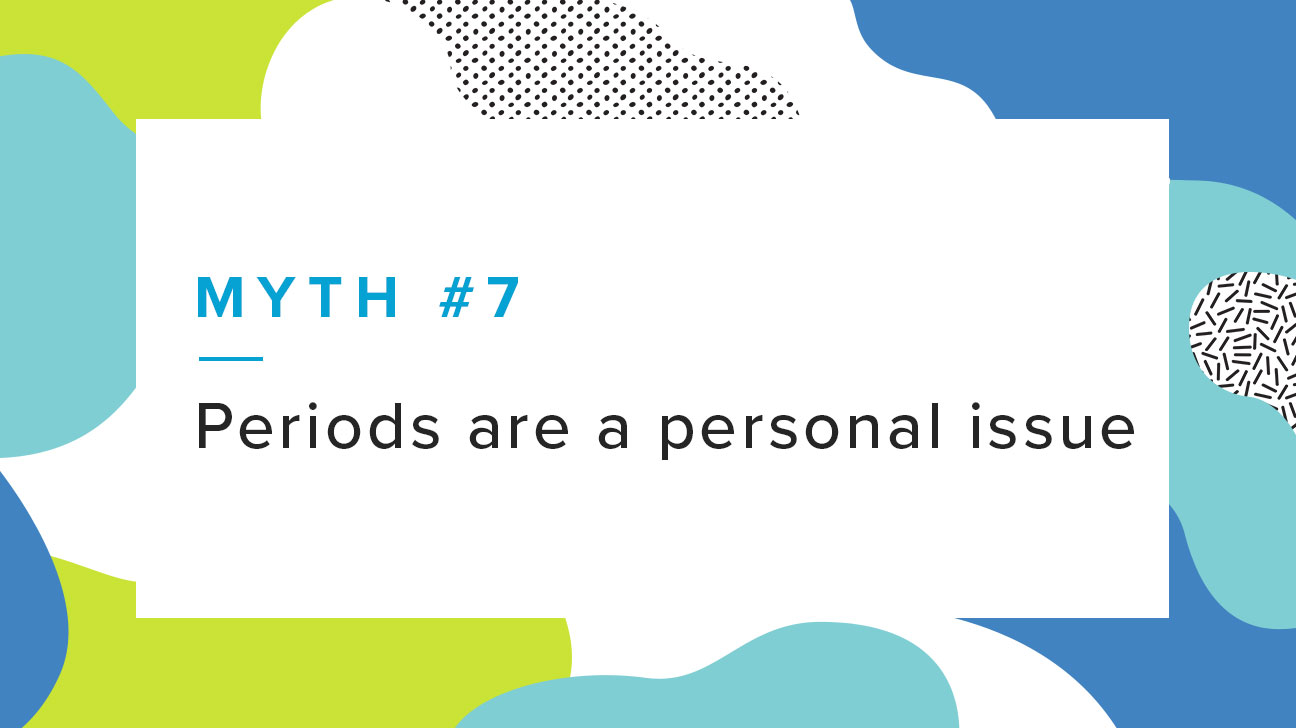 Periods are a humanitarian crisis. In 2014, the United Nations declared that menstrual hygiene was a public health issue. Many people don’t have access to the proper hygiene, resources, and support they need for their periods. In India, 1 in 4 girls misses school because of their periods, which can drastically affect their education and future. 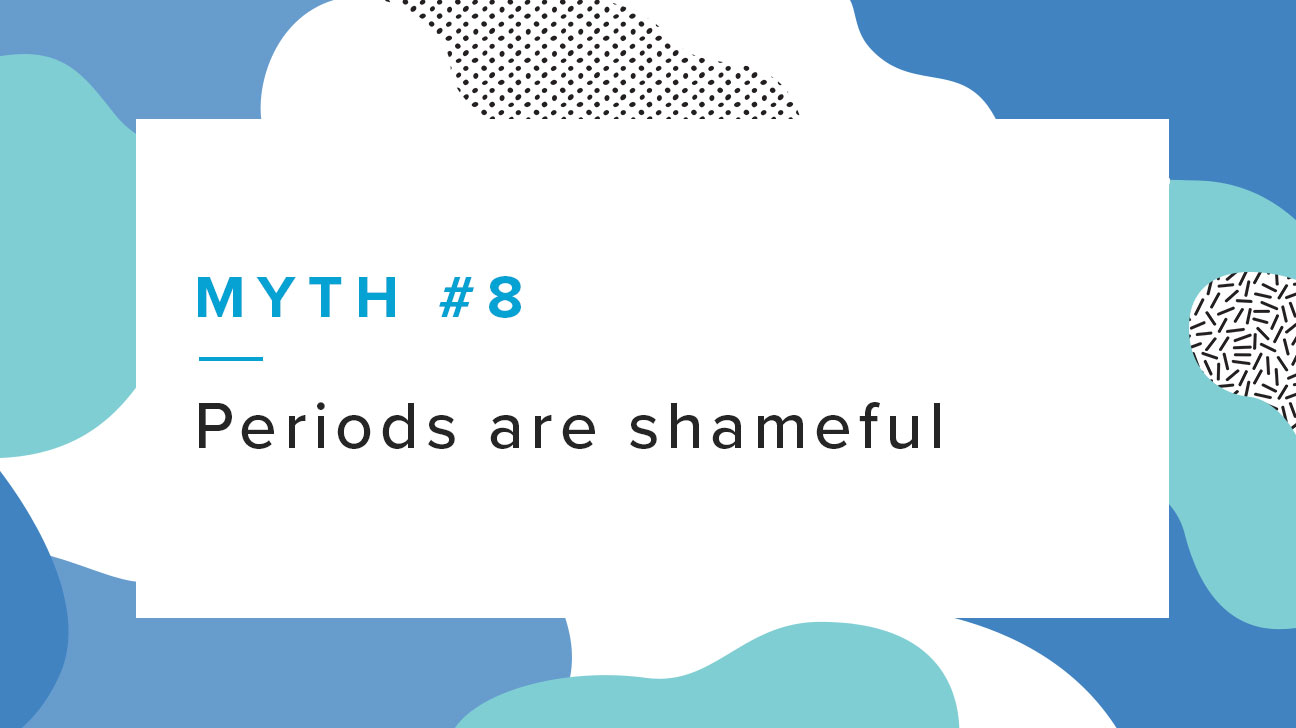 If we stop thinking that periods are gross, shameful, and dirty, then perhaps it wouldn’t be a humanitarian crisis. But the truth is that we have a long history of embarrassment to overcome. It’s so ingrained in our behavior that being put on blast for having our period doesn’t help.

We shouldn’t have to feel like we need to whisper about needing a tampon or hide a tampon up our sleeve. Periods aren’t anything out of the ordinary, and neither is talking about them.

Let’s do our part to change this cycle and ditch the stigma. After all, periods and the balance of hormones are what help us stay young!

Seriously, periods are part of our body’s answer to slowing aging and even reduce our risks of cardiovascular disease.